George F. Will once said: “The future has a way of arriving unannounced.”

This release brings a crazy amount of awesome new features and beautiful improvements to the frontend.

As announced with 0.105, the old States UI is now removed from Home Assistant. If you are using Home Assistant for a year or less, you might not have an idea what it is, since the “new” Lovelace UI has been the default. It is the UI we used before Lovelace.

If you are up for a flashback, maybe it is worth reading the release notes for Home Assistant 0.7 were the revamped (and now removed) States UI was originally announced. Now exactly 100 releases later, it is time to say goodbye to the states UI that has been with us for a long, long time…

As we announced the deprecation of the old States UI in 0.105, not everybody seemed to be that happy about it. So we surveyed to see what one would miss from States UI and learned that it is mostly used as an overview of all entities (besides having a nice layout that can be made in Lovelace).

In this release, we bring you a Lovelace solution for that and added a bit more…

You can have a dashboard with your main layout, one that is auto-generated (like the old State UI), one for experimenting, one for admins, one for your wall-mounted tablet, etc.

Each dashboard can be added to the menu sidebar as well, with a configurable title and icon. Furthermore, it is possible to limit access to a dashboard to admin users only.

This awesome new feature comes with a deprecation if you use Lovelace in manual YAML mode: You need to move the resource section from your ui-lovelace.yaml to the lovelace: section in configuration.yaml. It is not a breaking change yet; we still load them from the previous location if we didn’t find anything in the lovelace: section, however, this fallback is being removed in a future version.

@zsarnett is back on the frontend team and is not planning on letting that happen unnoticed. He did a ton of work on the frontend and created a beautiful new media control card for Lovelace.

It is inspired by the media control widget in Android and changes color based on the artwork of the played media. We think it looks absolutely gorgeous!

When you create advanced automations, you often need a helper. Like a toggle, to save a state, or another input field. Until now, you always had to define them in YAML and are known as the input_* fields/integrations.

We now have a UI to add and manage these Helper elements; this allows non-expert users, or anybody that prefers the frontend to manage their system, to also access this functionality.

Screenshot of a helper configuration dialog.

Thanks @Adminiuga, for implementing the backend features that made this frontend change possible! Not only that, if you prefer YAML, these changes made by @Adminiuga also made it possible to reload the input_* YAML configuration without restarting Home Assistant.

@zsarnett changed the looks of our card picker, instead of a simple button to pick a card, you now get a live preview with your own entities. @thomasloven added a UI editor for the horizontal and vertical stack cards and the conditional card.

Screen recording of the new card picker and stack editor.

If you need help…

…don’t hesitate to use our very active forums or join us for a little chat.

Experiencing issues introduced by this release? Please report them in our issue tracker. Make sure to fill in all fields of the issue template.

Time for the fifth enactment of the Community Highlights!

We’ve received quite a few recommendations, but also closely monitored social media and found some gems to share again!

Let’s start with showcasing a highly unusual, but impressive, Home Assistant setup. It is shared on our Facebook group by Kevin McPeake. Kevin’s setup has a total of 5 Home Assistant instances, controlling 7x marine aquariums!

Kevin’s impressive setup for his 7 aquariums.

Those are some big views Kevin! I bet you will be happy with the new Lovelace features that are coming in Home Assistant Core 0.107. It will help you to trim down that a bit, into multiple Lovelace Dashboards (now in beta, sneak peak?).

Thanks, Walt_H for sending in this item! 👍

Energy saving is good for the environment (and your wallet). However, to do that, you have to become aware of your actual usage. /u/Lau-ie shared his energy consumption screen on our subreddit.

This gives insight into the current usage, but also in the usage & costs of the consumed energy of the last 24 hours.

Do you actively monitor your energy usage? What does your dashboard look like?

And here is one from James Callaghan, who created really smart and easy to replicate magnet key holder, using a Xiaomi Aqara Door/Window sensor. Yes, this key holder works on Zigbee.

My mind goes crazy at the number of problems a single sensor can solve. For me, this was for reassurance using @home_assistant but when you think how this could be applied elsewhere concierge services to those with memory issues etc.. #smarthome #inclusivity #accessibility #IoT 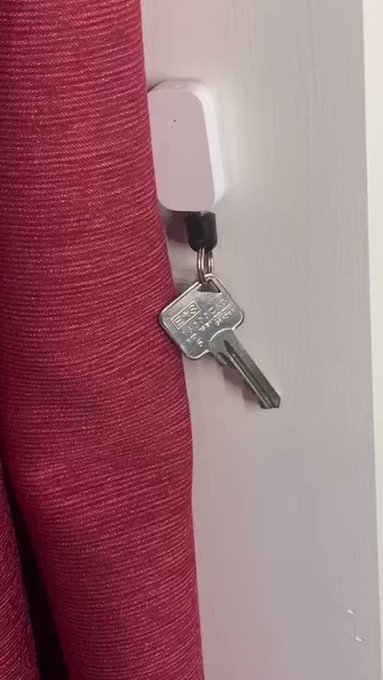 Consumer Reports is an American non-profit organization that does independent, (product) testing and research for consumers to provide truth, transparency and fairness. Their results are published in a monthly magazine and on their website.

The Consumer Reports Digital Lab offers paid, non-resident fellowships to study the effects of connected (IoT) products and services. They welcome anyone interested in public technology research to apply for the fellowship.

If you are interested in this, more information can be found here:

Got a tip for the next edition?

Have you seen (or made) something awesome, interesting, unique, amazing, inspirational, unusual or funny, using Home Assistant?

Click here to send us your Community Highlight suggestion.

Also, don’t forget to share your creations with us via Social Media:

See you next edition!